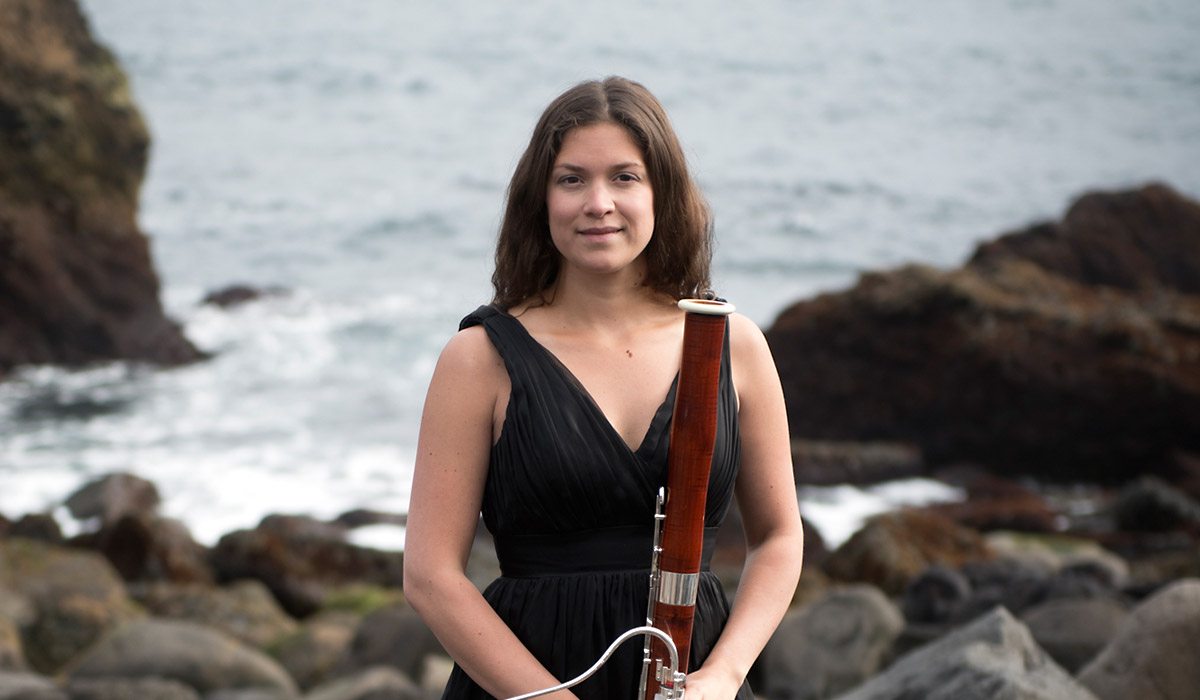 Lucia was born into a musician family in Malmö, Sweden 1985 and started to play the bassoon at the age of 10.

2006 she was accepted into Malmö Academy of Music were she studied and finished her bachelor degree with Professor Asger Svendsen.

2009 after her studies in Malmö Lucia travelled to Verona in Italy, where she studied for half a year at the Conservatorio Statale di Musica with Professor Eros Adami.

2010 she was accepted to the Royal Danish Academy of Music were she did her masters and studied for Audun Halvorsen and later on in 2013 got accepted into the Advanced Postgraduate Program for Ensembles with Trio Amerise.

Lucia has during her years of study in Malmö and Copenhagen participated in masterclasses and received privat lessons from name such as Ole Kristian Dahl (Principal bassoon at WDR-Symphony orchestra Köln).

Chamber music plays an important role in Lucias life were she plays in various ensembles and chamber music festivals both in Denmark and Sweden.