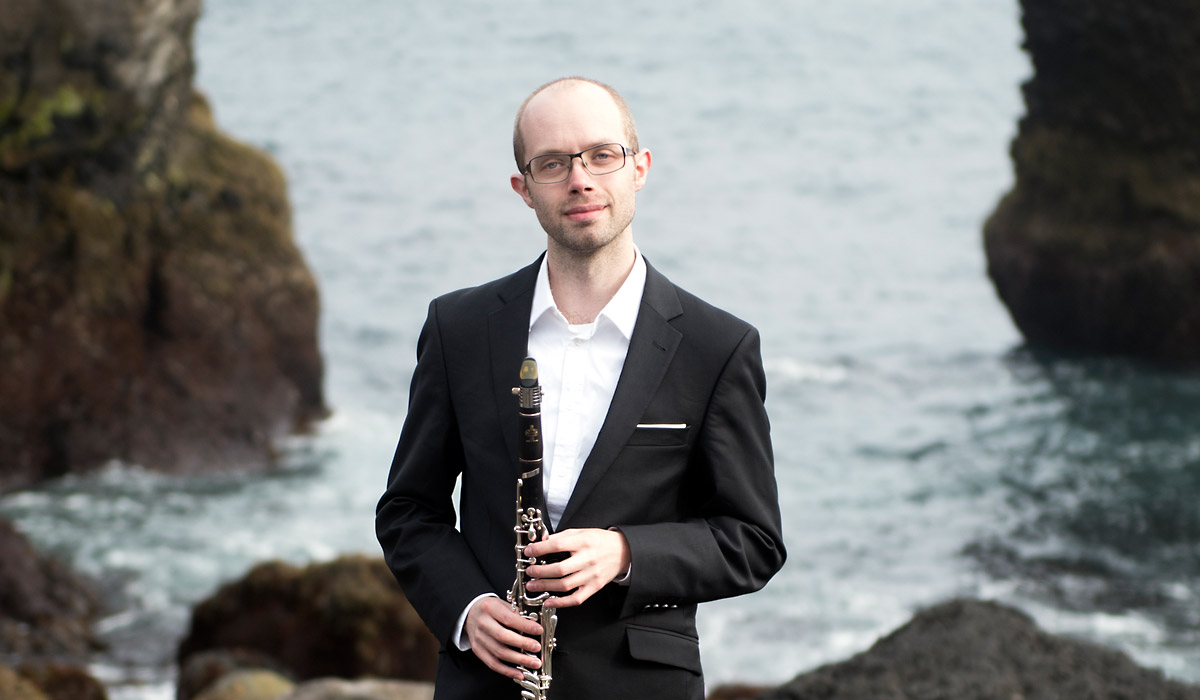 Morten was born in 1983 and started playing the clarinet at age 11. After studying for 4 years in Esbjerg with Ron Chen Zion of the Esbjerg Ensemble, he was accepted into the Royal Danish Academy of Music in 2006.

From 2006 to 2009 Morten finished his Bachelor degree at the RDAM with Jørgen Misser Jensen from the Danish National Symphony Orchestra as teacher. The following year he went on the Erasmus exchange program to London, at the Guildhall School of Music and Drama, with Andrew Webster and Julian Farrell as teachers, and Laurent Ben Sli-mane and Jennifer Mclaren of the Philharmonia Orchestra as bass-clarinet and Eb-flat clarinet teachers respectively.

After the stay in London Morten was on yet another exchange, at the Sibelius Academy in Finland with Nina Selin from the National Opera as teacher and Heikki Nikula from the Helsinki Philharmonics as bass-clarinet teacher.

After returning to Denmark he studied privately with John Kruse of the Royal Opera during a year of absence from the RDAM, after which he embarked on the reminder of his Master’s degree studying with Lee Morgan of the Dan-ish Royal Opera as teacher and Søren Elbo from the Danish National Symphony Orchestra as bass-clarinet teacher, supplemented by private lessons from Andreas Sundén of the Royal Concertgebouw Orchestra Amsterdam.

In the summer of 2013 Morten finished his master’s degree a the RDAM and was subsequently accepted into the Advanced Postgraduate for Ensembles programme with Trio Amerise.

As well as being involved in various chambermusic contexts, Morten is a very active orchestral musician with the bassclarinet as his specialty. He regularly plays with the various orchestras in Denmark as a freelance musician, most notably the Copenhagen Phil, the Danish National Symphony Orchestra, the Royal Opera and Odense Symphony Orchestra.